‘He took up Sanskrit to trace the history of chess.’

That is one of innumerable claims about J.H. Zukertort presented sourcelessly by Andrew Soltis on pages 177-178 of Chess to Enjoy (New York, 1978). Chess literature offers many similar assertions; see, for instance, pages 144-145 of Wonders and Curiosities of Chess by Irving Chernev, where it was affirmed that Zukertort learned ‘Sanskrit in order to trace the origin of chess’. Chernev’s introduction to the item stated:

‘The most remarkable man that chess ever produced was Johannes Zukertort.’

The litany of boasts on Zukertort’s behalf gained widespread attention after John Keeble published an article on pages 401-403 of the October 1927 BCM: The source for the ‘Chess Crichton’ section was specified by Keeble as being the Norfolk News of 16 November 1872, and this was taken on trust by subsequent writers; see, for instance, the Zukertort entry in the first edition (1984) of the Oxford Companion to Chess, as well as Jeremy Gaige’s Chess Personalia (1987). Especially at a time when access to old newspapers was far more difficult than it is today, it could seem reasonable to assume that such a citation by John Keeble (of Norwich, Norfolk) would be reliable.

However, on page 108 of the February 1999 BCM (in K. Whyld’s Quotes and Queries column) Owen Hindle demonstrated that the reference to the Norfolk News was not right: We have no information on any ‘suggestions that Keeble might have invented the whole legend’.

Below is the complete article, by I.O. Howard Taylor, published on page 4 of the Eastern Daily Press, 28 September 1872:

Whether anything similar about Zukertort ever appeared in the Norfolk News, a newspaper with which I.O. Howard Taylor was also connected, on another date (the 16 November 1872 edition published nothing) has not been ascertained.

The Keeble article was discussed in an endnote on page 375 of Eminent Victorian Chess Players by Tim Harding (Jefferson, 2012), with a reference to Owen Hindle but without mention of the contribution that he had made to the BCM in 1999: Finally for now, we show part of how Jimmy Adams’ monograph on Zukertort quoted Keeble in its two editions (1989 and 2014 – pages 20 and 21 respectively), i.e. before and after the Norfolk News reference was known to be wrong:

After reproducing the ‘Chess Crichton’ article on Zukertort which was discussed in our previous C.N. item, Jimmy Adams’ book Johannes Zukertort Artist of the Chessboard (Yorklyn, 1989 and Alkmaar, 2014 – respectively on pages 23-25 and 24-25) had a section entitled ‘The Zukertort Legend’. It began:

The reader may reasonably expect to be informed where exactly Ulrich Grammel published his ‘important piece of research’ on Zukertort, and it is scant help to be told, ‘in an article “Grandmasters are not gods” in the Rochade magazine’.

In connection with another book by Jimmy Adams, C.N. 10563 made an observation which could hardly seem more obvious or less controversial:

One of the many reasons why a book should give precise sources is that they enable readers to check information independently.

A note on page 225 of another monograph on Zukertort, Der Großmeister aus Lublin by Cezary W. Domański and Tomasz Lissowski (Berlin, 2005), shows the proper way of specifying where Ulrich Grammel’s research on Zukertort can be found:

Another writer who specified no source for Ulrich Grammel’s research apart from ‘Europe Rochade’ was Kurt Landsberger. See pages 115 and 473 of his first book on Steinitz.


Page 22 of the booklet Schach WM 2008 Deutschland has a photograph of Zukertort and Steinitz which was new to us, and we are grateful to Michael Negele (Wuppertal, Germany) for the opportunity to present it here: 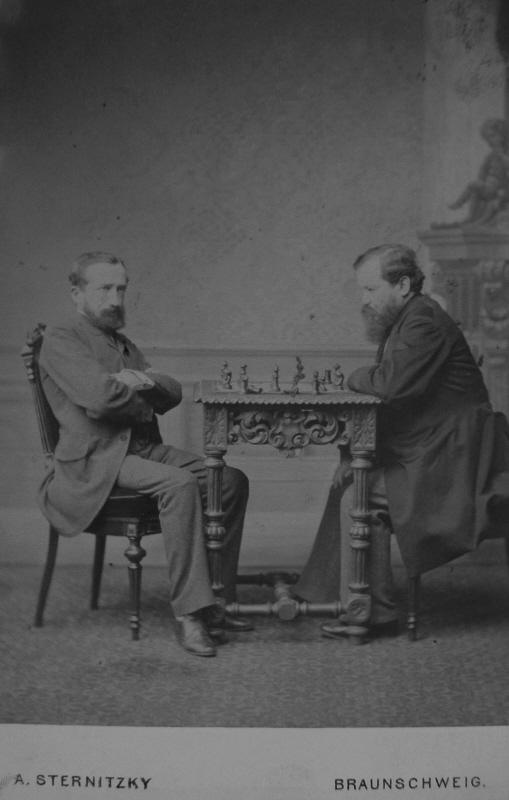 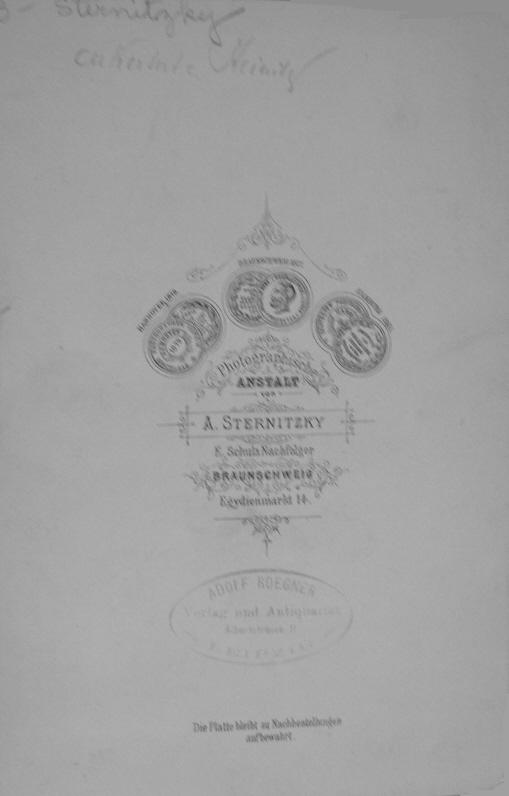 Mr Negele found the photograph in the archives of the Cleveland Public Library in 2007. Although the booklet states that it was taken in 1886, our correspondent suggests that the occasion was Brunswick, 1880, a tournament which, as stated on page 235 of the August 1880 Deutsche Schachzeitung, both Zukertort and Steinitz visited. 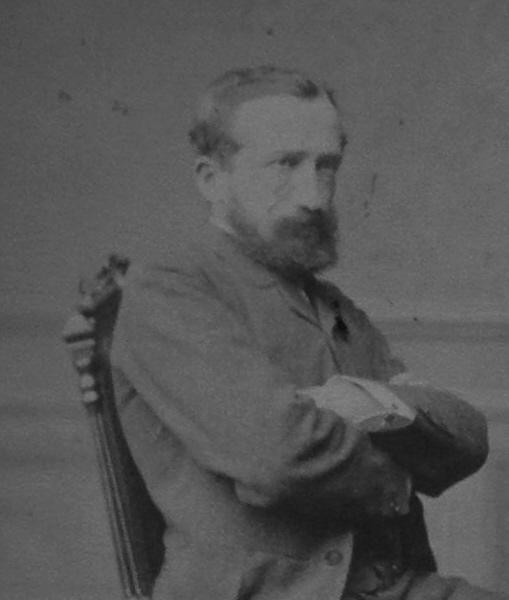 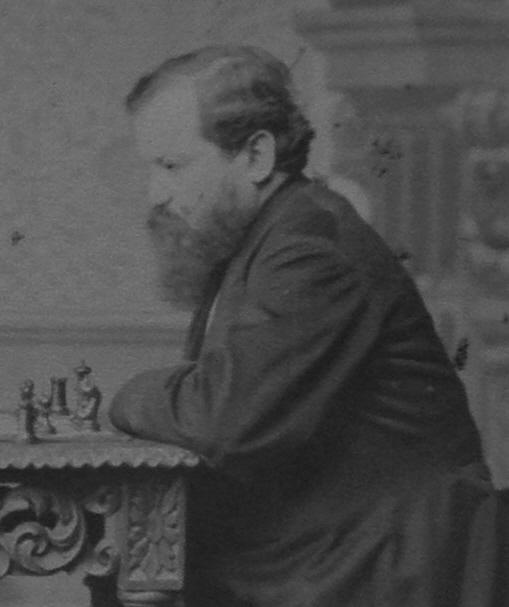